Images of Rosalie Rosenbaum-ten Brink (1892-1965) visiting her relatives in Almelo, Netherlands, in Summer of 1950. The pictures show Rosalie at the farm of her sister Adela de Leeuw-ten Brink (1902-1973) and her husband Iwan and son Herman at Ledeboerslaan 2. Iwan died suddenly one year later on 1 June 1951, Herman emigrated to Australia and Adela followed him in 1954. Rosalie had fled Germany in 1939 with her son Walter and was living in New York ever since. The De Leeuws had survived the shoa in hiding. In 1950 Rosalie was a guest of Iwan and Adela and of Heinz (1913-1989) and Mimi (1917-1971) Löwenhardt, living in Almelo as well. Heinz was nephew to Rosalie and Adela, Mimi was niece to Iwan. The pictures show Rosalie in flowery dress, Adela and her husband Iwan and son Herman.
Pictures © Löwenhardt Foundation 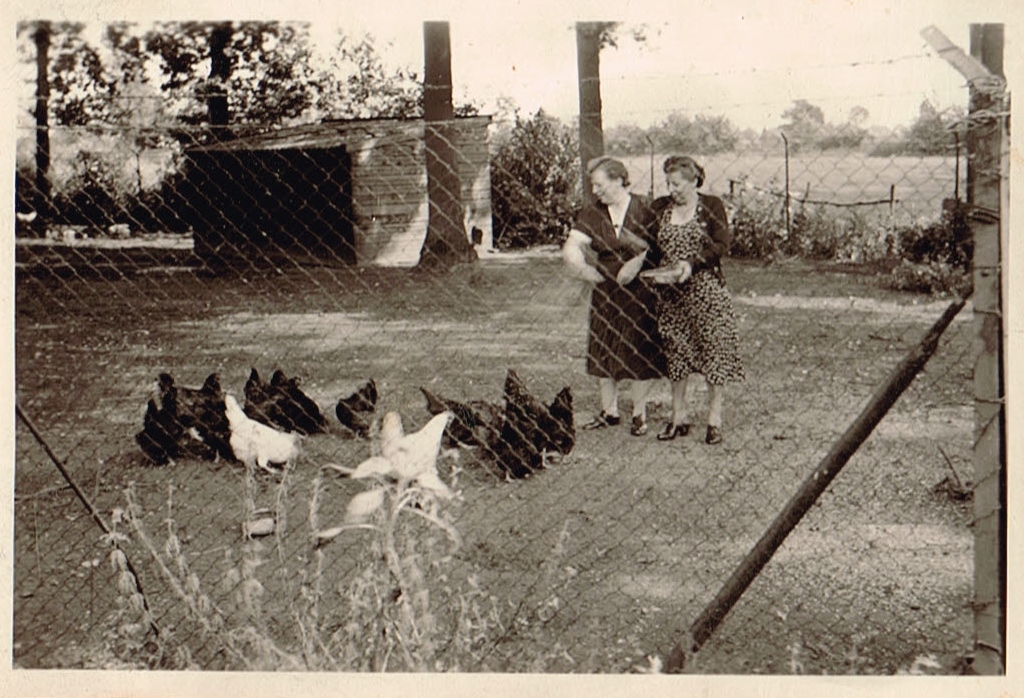 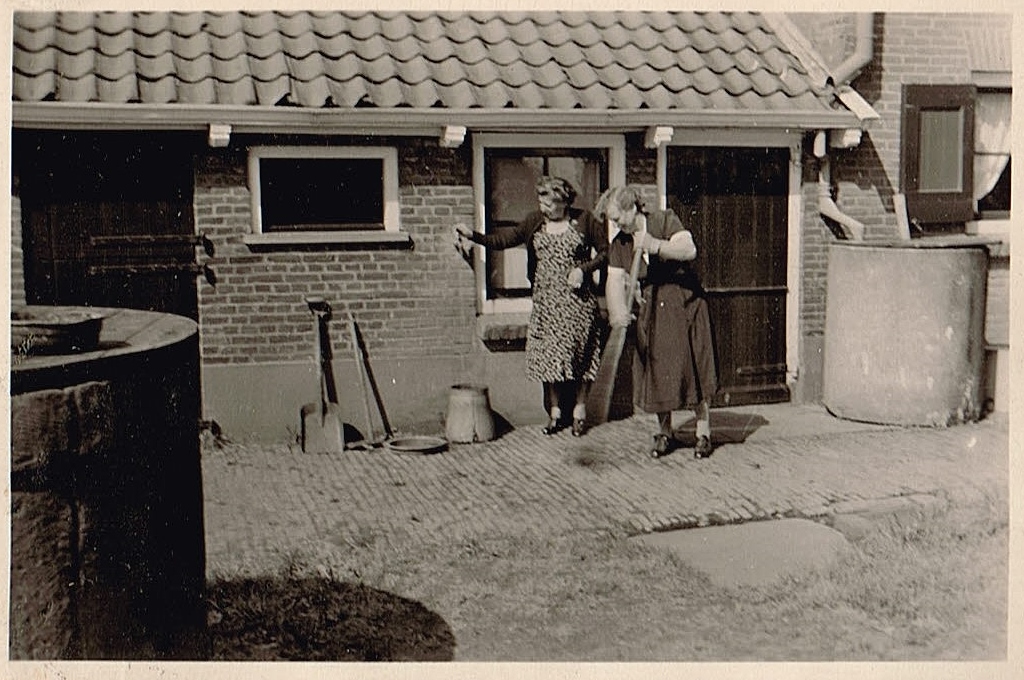 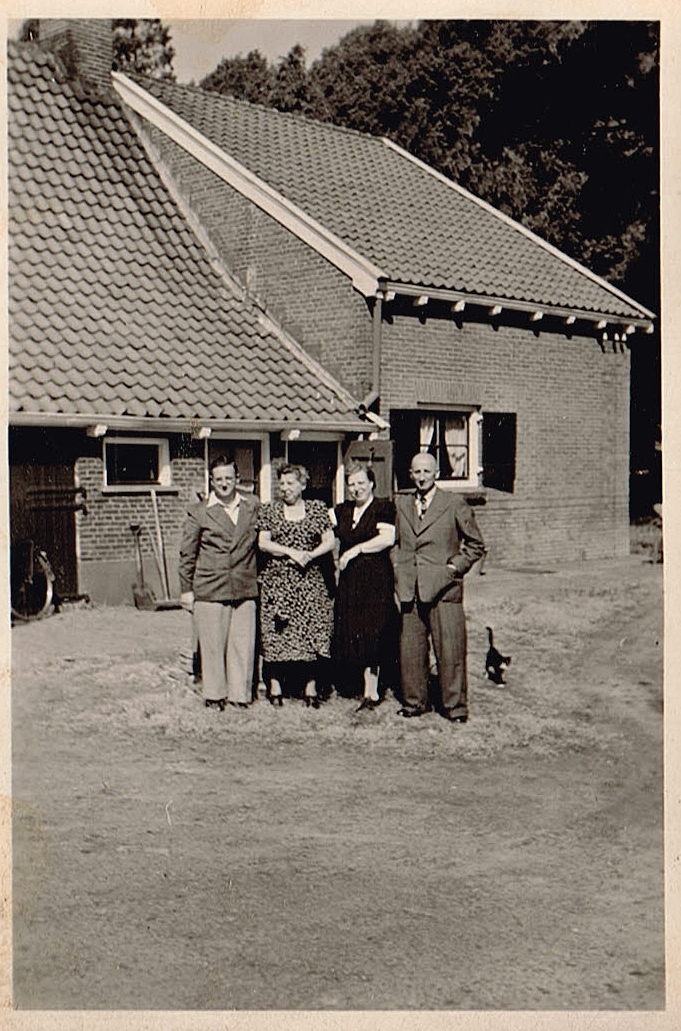 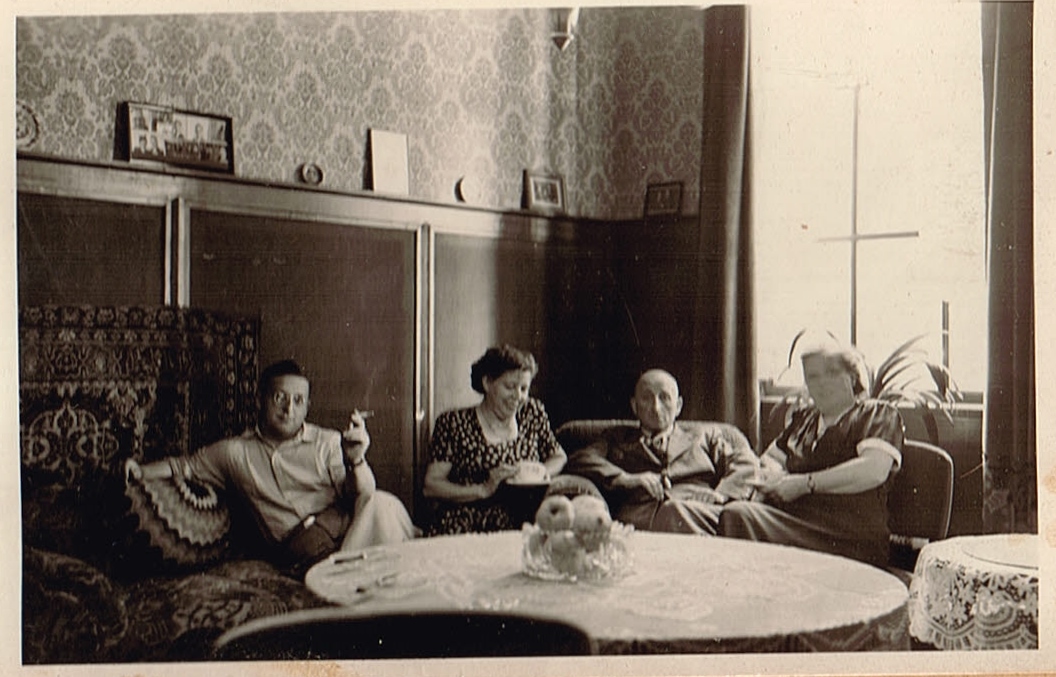 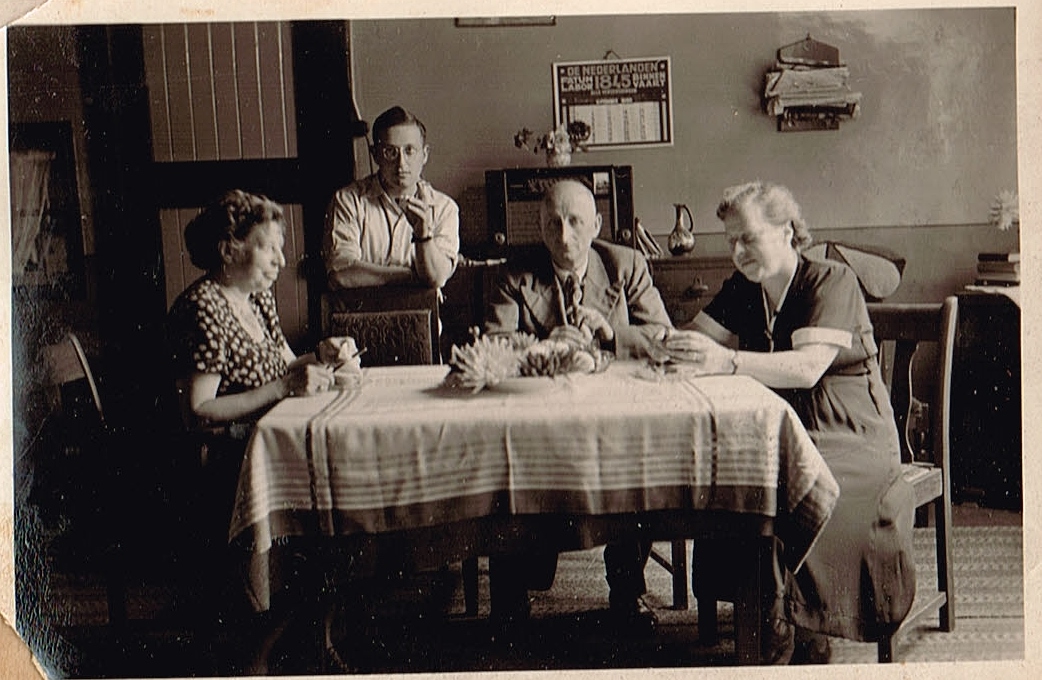